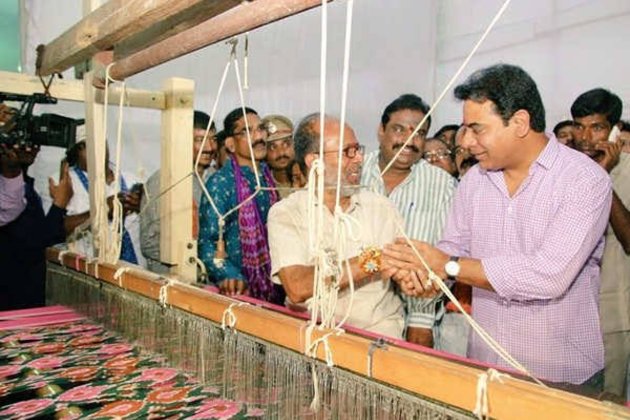 "On the lines of Rythu Beema Scheme, the government is introducing the "Nethana Beema" scheme to provide financial support to the bereaved families of handloom and powerloom weavers. This scheme will be launched on National Handloom Day on August 7, 2022," he added.

The families of the deceased weaver will receive an amount of Rs 5 lakhs under the scheme.

"The amount will be credited into the bank account of the family member within 10 days after the death of the weaver," the Minister said.

The Department of Handlooms and Textiles of the state government will be the nodal agency for the implementation of this scheme.

KTR further informed that the state government has entered into an agreement with the Life Insurance Corporation (LIC) for this scheme.

He also added that the Telangana Govt will be paying the premium amount to the LIC.

The government has allocated Rs 50 crores for this scheme, and out of this Rs 25 crores has already been released. Weavers below the age of 60 years are eligible for the scheme. About 80,000 handloom and powerloom weavers are beneficiaries under this scheme.

Minister KTR said that state and district level committees will be formed soon for the implementation of the Nethana Beema scheme.

"The Telangana Govt every year is allocating a special budget (from BC Welfare) of Rs 1,200 Crores since 2016-17 to strengthen the handloom and powerloom sectors. This is in addition to the regular budget allocated to the Department of Handlooms and Textiles," he said.

"The Telangana Govt has allocated Rs 55.12 Crores as a regular budget to Dept. of Handlooms and Textiles for the FY 2022-23. Another Rs 400 Crores were allocated for the welfare of the weaker sections," the Minister added.

Minister KTR stated that the Telangana government is implementing welfare schemes for the weaver's community like no other state government in the country. He added that officials from Odisha, Karnataka, and Madhya Pradesh toured Telangana and appreciated the schemes being implemented by the state government.

KTR also held a review meeting on the Neethana Beema Scheme ahead of its launch on August 7.

The officials informed the minister that they are creating awareness amongst the weavers about the scheme. During the meeting, Minister KTR gave directions to the officials for successful implementation of the scheme. (ANI)