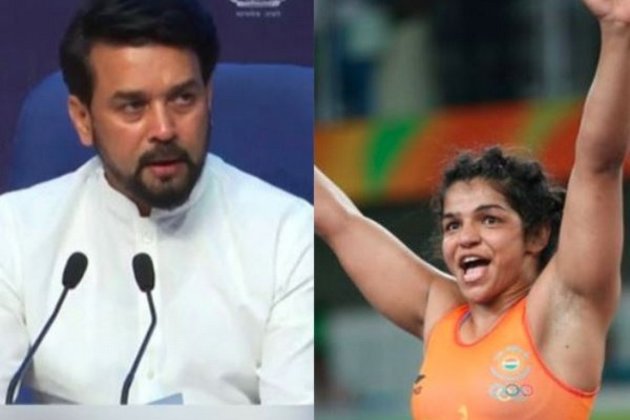 "Splendid performance @SakshiMalik! Congratulations on this superior display of skills to win a GOLD for India. Moving from Bronze in CWG 2018 to a Gold in CWG2022 is a display of your constant focus and dedication. You played like a champion, till you had bagged the medal," Tweeted Thakur.

Indian wrestler Sakshi Malik clinched country's third medal in wrestling of the day at the ongoing Commonwealth Games 2022 in Birmingham by defeating Ana Paula Godinez Gonzalez in the finals of women's freestyle 62 kg category on Friday.

The Canadian Gonzalez was dominating the match initially as she gained a 0-4 lead in the first period. Then in the second period, Malik scripted an entire comeback to equal the scores 4-4 and won the match via fall. The match lasted for 3 minutes and 47 seconds.

Malik entered the finals by defeating Etane Ngolle of Cameroon by 10-0 on basis of technical superiority.

Sakshi Malik defeated Kelsey Barnes of England by 10-0 via fall in the quarterfinal of the Women's Freestyle 62 kg to enter the semi-finals.

Punia was extremely dominant in the first period and did not let his opponent score. He finished with a 4-0 lead over McNeil at the end of the first period.Grappler Anshu Malik also won the silver medal in the Women's Freestyle 57kg category in the ongoing Commonwealth Games 2022 after losing to Odunayo Folasade Adekuoroye of Nigeria at the Coventry Arena Wrestling Mat B on Friday.

Malik faced a 3-7 defeat against Nigeria's Adekuoroye in the gold medal match. Malik bagged the first medal for India in the wrestling of the ongoing Commonwealth Games 2022.Wrestler Deepak Punia will be battling for Gold against Pakistan's Muhammad Imam later tonight.

Also, Divya Kakran and Mohit Grewal will be battling in their Bronze medal matches.Commonwealth Games 2022 started in Birmingham on July 28 and will go on till August 8. (ANI) 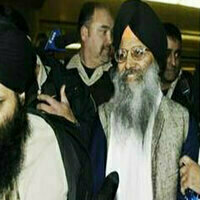